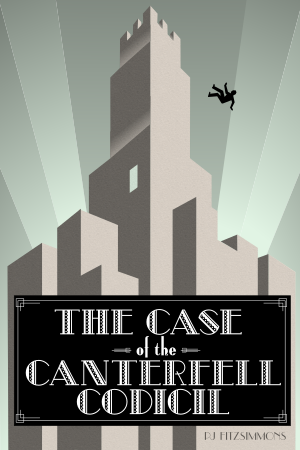 There’s a literary niche for all tastes including, as of October 30, those who think that either Agatha Christie wasn’t funny enough or PG Wodehouse didn’t include anywhere near as many locked-room mysteries as he should have.

The Case of the Canterfell Codicil is a clever whodunnit written in the style of an homage to the master. The result is a hilarious farce in which Wodehousian gadabout Anty Boisjoly (pronounced “Boo-juhlay”, like the wine region) takes on his first case when his old Oxford chum is accused of the impossible murder of his wealthy uncle.

An excerpt can be found here and pre-orders are available now.